Eleni Stavros is going on her 7th and final year with the Drama Club and at Francis Parker School. Eleni has served on the Drama Club Officer Board for the past five years and she is thrilled to return as President. A few of Eleni’s jobs as the Upper School President are to run the Mentor Program, run All-Drama Club and Officer meetings, meet with the Francis Parker administration department to discuss the role of the D.C. in the community, as well as overseeing the many projects of the club. Eleni’s goal for the club this year is to continue the creation of meaningful theatre. The Drama Club members work so hard to mount their performances, and Eleni wants to continue inspiring the same work ethic and passion in each of the members, even through these unprecedented times. Eleni’s future plans include pursuing a degree in Musical Theatre and later becoming a working actor and music director, though she is open to any changes that the universe may bring!

Zoë Wallace
Vice- President of Advocacy and Communication
Class of 2021

Zoë Wallace is entering her 6th year at Francis Parker and in the Drama Club. She has served on the officer board twice before as Secretary and Marketing/Publicity Officer and is excited to return to the board in this new role. A few of Zoë’s jobs as the Vice President of Advocacy and Communication are to foster leadership within the club and reach out and involve the community in events, shows, and all things Drama Club related. She also helps Emma, the Vice President, with the mentor program and assists in getting new members involved in the Club. Zoë’s goal for this year is increasing the feeling of community within the club despite the realities of the coronavirus separating the members physically. Her plan is to make sure more people outside of Parker are informed about and have access to the shows that the Drama Club produces. Zoë’s future plans involve pursuing a degree in international relations while also continuing to enjoy theatre.

This is Keira’s tenth year at Parker and third year in the Drama club. She is thrilled to take the role of President and wishes to make the club better in any ways possible. Some of Keira’s jobs as the Co-President are to go to all officer and drama club meetings and come with ideas to better the club.  She works well  with the other Co-President, Jayden Haims as they plan the retreats, help with the newsletters, meet with school leaders, and lead the Mentor program. Keira is ready for the new year to start, and wishes to bring more joy and fun to the Drama Club with her energetic personality! 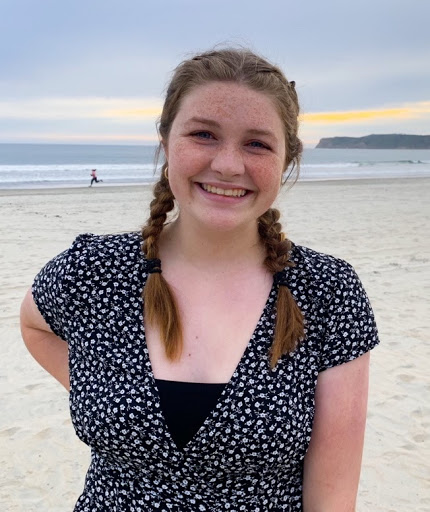 Erin Keith is in her second official year with the Drama Club and her fourteenth and final year at Parker. She is very excited to serve on the officer board for the second time this year as the Drama Club’s secretary. As secretary, Erin keeps track of the members of the drama club and the shows that they have taken part in to know which member should be inducted into our thespian troupe. She also takes notes at every officer meeting and every Drama Club meeting. Erin’s goal for the club this year is to improve communication throughout the club so that everyone has easy access to the information discussed at meetings. Erin can not wait for all the amazing things that are sure to occur this drama club season! Erin’s future plans include pursuing a degree in Theatre Management/Arts Administration in hopes of having a career involving theatre, whatever it may be!

This will be Evan Cain’s 3rd year at Parker and in the Drama Club. This is her first year as a DC officer and she is so excited to take on the role of Treasurer/ Webmaster. A few of Evan’s jobs as the Treasurer/ Webmaster are to maintain advertising of all DC shows and events on the Drama Club website, maintain the electronic checkbook, create a spreadsheet that records all completed tech hours and update it monthly, and to coordinate all fundraisers, potlucks, etc. with the Vice President, Emma Andersen. Evan’s goal for the drama club this year is positivity. Mistakes happen in both life and theatre all the time, but if one has a good attitude, anything is possible. She hopes that by promoting positivity in the club this year, everyone can feel loved and able to be their true selves in the DC environment. Evan plans to pursue a career in Musical Theatre and Film Acting in the future, as well as continuing to spread happy energy through the world!

This is Hillary’s fourth year with the Francis Parker Drama Club and it is her second year as a Drama Club Officer. As one of the Marketing and Publicity officers, Hillary’s job is to get the community involved in shows and other related events by helping to make audition posters and event flyers, writing the monthly newsletters, and getting new members involved in the club. Hillary’s goal for this year is to amplify the club’s voice in the Parker community through promotional tactics that will interest both students and faculty in Drama Club events. She is excited for another great year with the Drama Club and she can’t wait for the amazing experiences that this season will bring!

Hayden Steiner is going into his 3rd year with the Drama Club and at Francis Parker School. This is Hayden’s 2nd year on the DC officer board, and he is thrilled to be working with such a thoughtful and friendly group of people. His jobs, as a marketing and publicity officer, include publicizing upcoming Drama Club shows whether it be virtually, or in person, as well as designing logos for all Drama Club events, gatherings, etc. Hayden’s goal as an officer this year is to bring more people into the seats of the PAC and more people to watch Drama Club shows. One way he hopes to do this is through advertising at local vendors in the Parker community. He also wants to find new ways to advertise around the school community, like video promos or interactive posters around campus.

This is Isabella’s 7th year at Parker and 2nd year in the Drama Club. She has enjoyed every minute of being a member in the club. She is absolutely excited to take on the role of Marketing/Publicist. Some of her duties include making flyers/posters for events, spreading awareness about the Drama Club, and helping to recruit new members to join the club. She is excited for what the new year has to offer!

Talia is going on her 3rd year with the Drama Club and 4th at Francis Parker School. This is Talia’s first year on the officer board and she is extremely excited to assume the role of freshman and sophomore representative. A few of Talia’s jobs as the freshman and sophomore representative include attending all meetings, being an ambassador for the club, and supporting other officers and club members when needed. Talia’s goal for the club this year is to become more involved in all aspects of the club, especially the parts she has less experience with. She would like to learn more about the tech side of the club, as well as all of the behind the scenes work that goes into the meetings and shows. Talia enjoys theatre and baking in her free time, and someday would like to have her own show on the food network. But most of all, she is beyond excited to be a part of the 2020-2021 officer board! 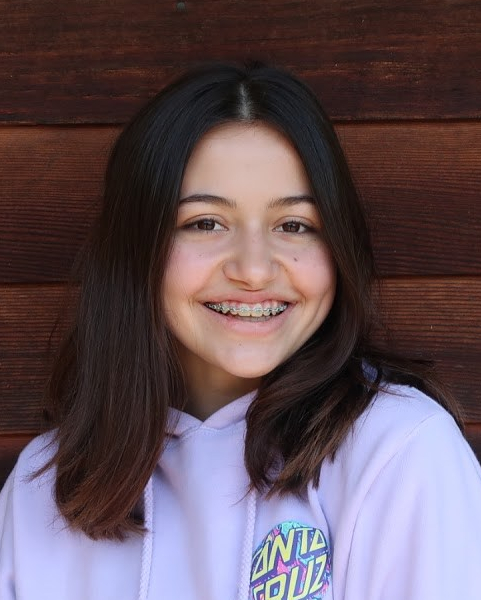 This is Mary’s fourth year at Parker and in the Drama Club. Mary has enjoyed being one of the Drama Club  historians for the past two years! Some of Mary’s duties as the Upper School Historian include documenting events, meetings, and gatherings by taking pictures of the club. Another important job is to create the DC scrapbook for the 2020-2021 season with the Middle School Historian, Michele Rosales. Mary’s goal for this year is to promote the upcoming season through interviews and behind-the-scenes clips. Her plan is to film interviews with a show’s cast and to create a fun montage of behind-the-scenes videos. Mary can’t wait for the new season and the opportunities participating in theatre will bring! 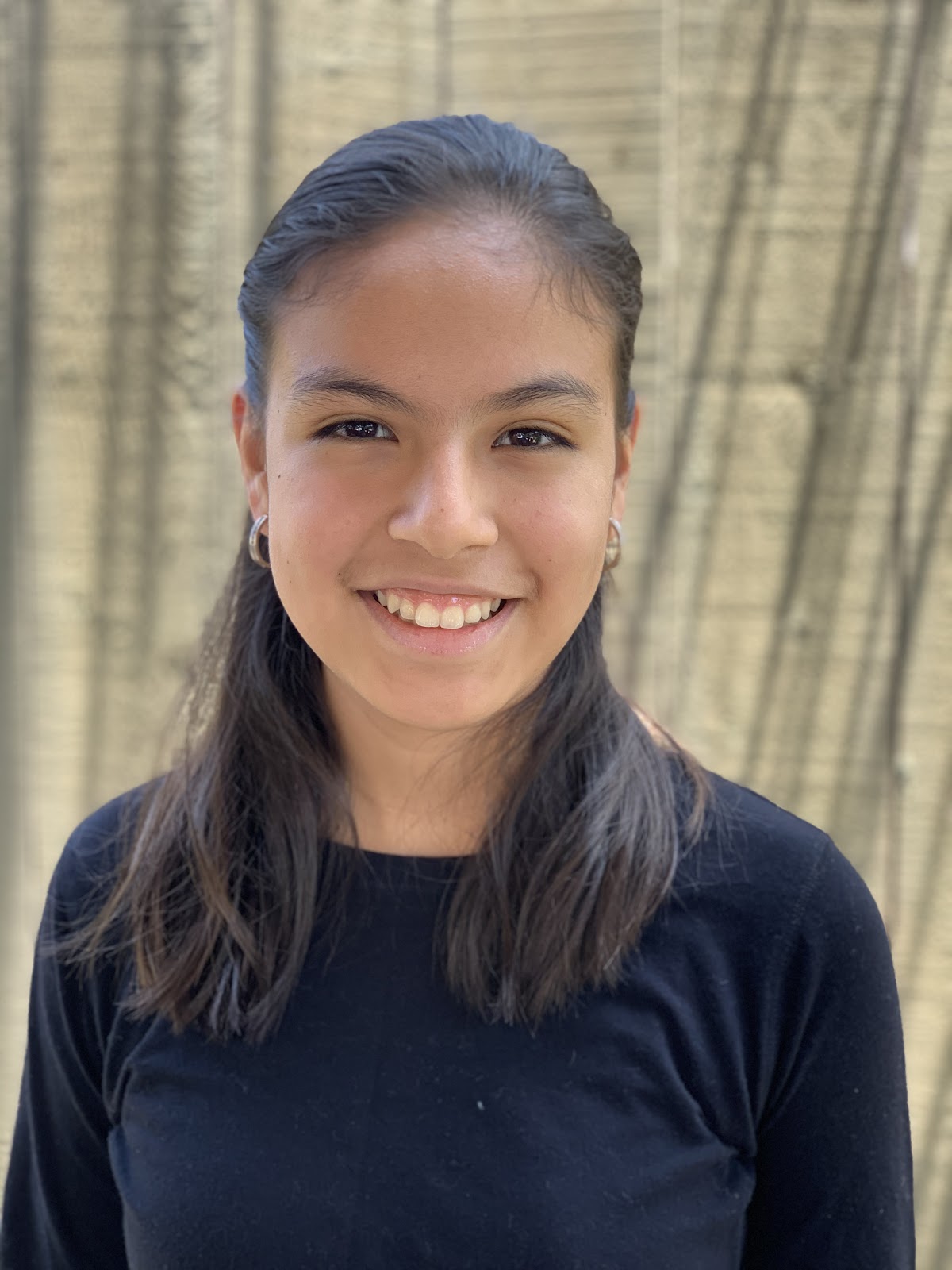 This is going to be Michele’s second year at Parker and second year in the Drama Club. Michele is thrilled to be one of the Drama Club officers. This is her first year as an officer and some of Michele’s jobs include creating the Drama Club scrapbooks and documenting all Drama Club activities. Michele’s goal this year is positivity. With all that has happened this year, she believes we have to look on the bright side of things because that is what will help us get through the rough times. Michele’s view of her future includes becoming a mathematician and working for NASA, but who knows where life will take her.

Nikki Astor is going on her third and final year at Francis Parker and in the Drama Club. This is her second year as a Drama Club Officer and she can not be more excited to see what this year has in store for the club. A few of Nikki’s jobs as Tech Coordinator involves communicating and organizing tech calls along with keeping track of the DC Member’s tech hours. This year Nikki’s goal is to get more students involved with tech theatre so members may have a variety of experiences throughout their time with the club. Nikki’s future plans include pursuing a degree in technical theatre and later living in the Pacific Northwest in hopes of having a career working for various theatre companies.