Ms.M is celebrating her eleventh year at Parker as the Middle and Upper School Theatre Teacher and director of the Drama Club. It is thrilling for her to be able to work with the students for six to seven years and see them grow into amazing human beings.

She  has directed over 100 plays in her career and learns something new every time she steps into a classroom or directs a show. It is what keeps her motivated and inspired. She has been awarded best director awards (2017 & 2018), by the National Youth Arts and in 2020 she was a recipient of the San Diego Ovation Award for Outstanding Arts Educator. This year she was recipient of  the Best Local Theatre Teacher Award by Broadway San Diego and named Outstanding Educator by the University of Chicago. She is also an executive member of the San Diego Theatre Educators Alliance board and serves as their secretary.

Ms.M is passionate about what she does and feels fortunate to get to do something she loves. 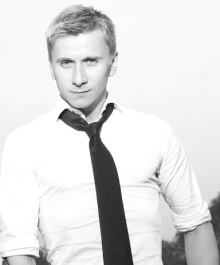 Ian moved to San Diego from London (after a few years in Washington D.C.) where he served as a Music Director and Composer in the West End and on the London Fringe. He studied at the London School of Musical Theatre and Leeds University and has been Musically Directing school and college productions for nearly 20 years. Past favorite productions include Spring Awakening, Ragtime, Pippin, The Wild Party, Violet, Heathers, Once On This Island, Sister Act, Bare, Crazy For You, Hair, Xanadu, Songs For A New World, Bat Boy, Children of Eden, Parade and In The Heights. He was the resident Composer and Music Director at St Bride Foundation’s Youth Theatre Program for over 5 years and he writes, arranges and performs with the award-winning Musical Comedy act Scales of the Unexpected. Ian has also worked extensively in the U.K. as an Actor, Vocal Arranger, Orchestrator and Vocal Coach and he has written original music and songs for numerous short films, plays and recordings. His songs have been performed in the West End, London Fringe and Off-Broadway.

A local to San Diego, Erica Buechner has been professionally choreographing, teaching, and performing since 1999.  She has worked at Francis Parker since 2012 as the Drama Club choreographer and since 2015 as the Middle and Upper School dance teacher. Ms. Buechner obtained her Master of Fine Arts in Dance from Hollins University/American Dance Festival in 2013 and obtained her Bachelor of Fine Arts in Dance from San Diego State University in 2006. She has danced professionally with many local companies and continues to perform as a guest artist at times as well as in her own works. She is the co-producer of youTurn Arts, an annual arts event, and is the director of Sound Dance Company. Ms. Buechner is the 2018-2019 recipient of the Creative Catalyst fellowship grant through the San Diego Foundation.

Geronimo Omabtang is a theatre product of San Diego State University, graduating in 2003 with a Bachelors of Arts in Theatre, with an Emphasis in Design. Throughout college life he had been wonderfully employed by a local theme park, SeaWorld San Diego, working as a Theatrical Lighting Technician, and as a Scenic Arts Craftsperson. In professional theatre, Geronimo was the Technical Director for Sushi Performance and Visual Art until their closing.  Independently, Geronimo has had the honor of working in the many performing arts venues in San Diego, as a designer, technician, and performer, making him a person of many hats.